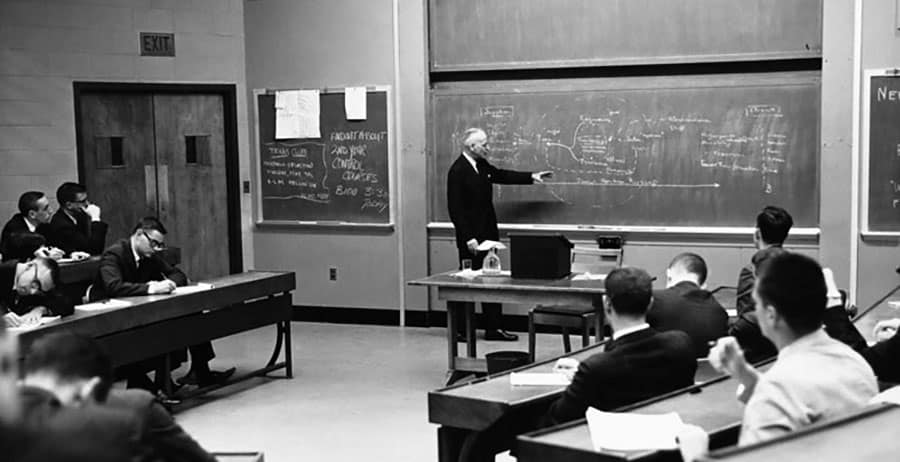 The creation of Harvard Business School (HBS) in 1908 effectively began the first MBA program, though the MBA concept was far from developed when the business school started. The first students enrolled in three courses: Accounting, Commercial Contracts, and Economic Resources of the United States. Only a quarter of the initial cohort of 80 made it to the second year, when they were offered the chance to complete the degree of Master in Business Administration (MBA).

HBS was conceived as a school for diplomacy and government service following the model of Ecole des Sciences Politiques in Paris. The goal was to establish a higher learning institution that would offer a master of arts in the humanities field with a major in business. But the focus shifted early towards producing qualified public administrators whom the government would have little choice but to employ.